Much like Joseph’s coat of many colors, so is the beloved Sistrunk Boulevard, a unique corridor, once a blend of black doctors and dentists, grocery stores, record shops, restaurants and an assortment of black owned businesses from as early as the 1940’s.  The historical Sistrunk thoroughfare, initially one lane headed west and one lane headed east, was and to date the heart and soul of the northwest Fort Lauderdale community, a masterfully stitched tapestry of black ownership, legacy and success.
Dr. Sistrunk was an African American physician best known for his contributions to the medical field in Broward County. 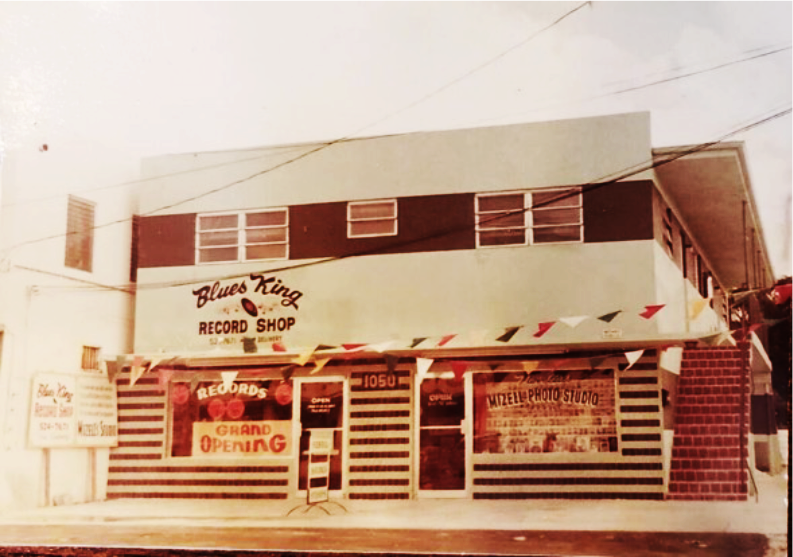 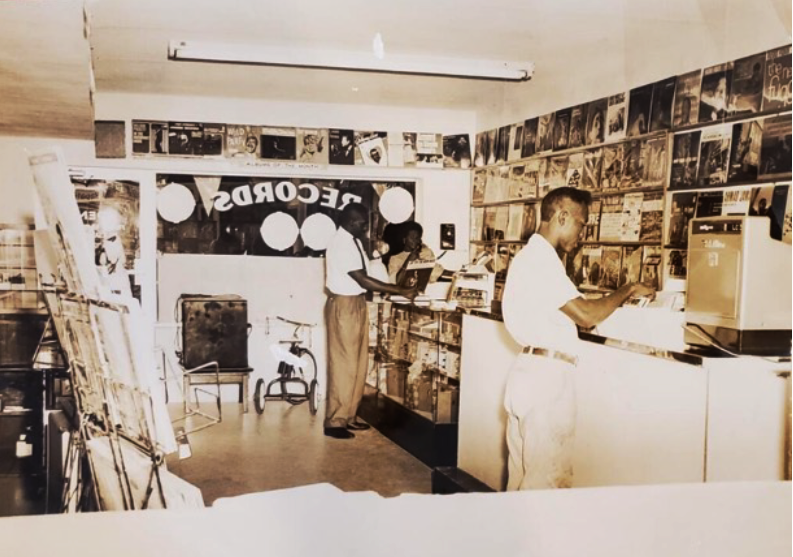 Weaved in the fabric of the Boulevard was Blues King Record Shop.

Brandi Simpkins, born and raised in Fort Lauderdale, proudly boasts, “I am privileged to have ties to the Sistrunk community as my maternal grandparents Mr. William Allen and Mrs. E. LaVerta Allen were entrepreneurs who owned Blues King Record Shop.”

Brandi states, “although I was unable to meet my grandfather due to his untimely death in 1968, I recollect on the various conversations my grandmother and I shared about having a prosperous business on the popular 6th Street.” My eldest uncle recounted that his father, my grandfather, created a space in the back of the store as the family’s living quarters and their growing family lived there for about five years. 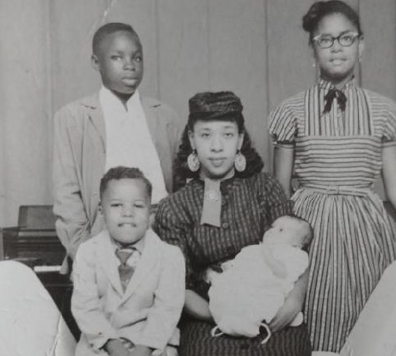 Photograph of my grandmother and two aunts and two uncles taken at Mizell Photo Studio in October 1957, which was next door to the record shop. 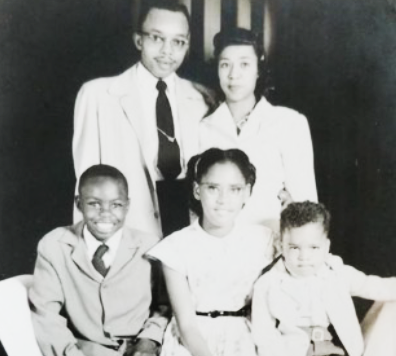 After purchasing a single-family home in Fort Lauderdale, my grandparents then moved the record shop to 1050 NW 6th Street. After the passing of my grandfather, my grandmother still operated the record shop’s business until she later sold it in December 1973.

My mother and her siblings hail Sistrunk Blvd (formerly 6th Street) as the Black Mecca for business in Fort Lauderdale. “My hope is that the Sistrunk community be a self-reliant African American community again as it was during the grand time my grandparents owned their business.” My hope is also for those who grew up in and around the Sistrunk area that have left, come back and sow seeds in this community by offering.

My husband and I are alumni of Dillard High School and Florida Atlantic  University. We both serve vulnerable children and families in Broward County. With ten years of combined experience in social work and child welfare, serving our community is a top priority in our household. As a family we will join and assist organizations within this community with fulfilling their missions as this area has such a rich history. We are blessed to have such strong ties to this community that have been passed down from generation to generation and that we will pass down to our children as well.

Brandi and her family are moving back to the Sistrunk community, they have purchased a single family home from the Fort Lauderdale Community Development Corporation (FLCDC) through the CRA Scattered Lot Infill Project. 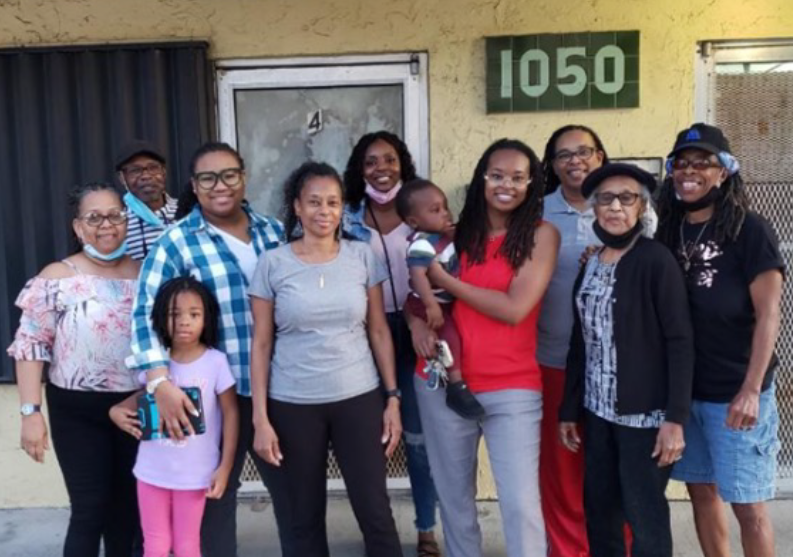 My family in front of what was once the Record Shop at 1050 Sistrunk Blvd. My grandmother, Mrs. Allen in the black sweater and black cap. I am in the red top holding my son, Antonio, Jr. in 2021.